Since 1992, the BICS has been an independent research organization based at the Humboldt-Universität zu Berlin. Back in 1990, the founders of the BICS shared the conviction that the city of Berlin needed a research unit capable of studying the role of cooperatives in the successful transformation of political, economic, and legal systems in central and eastern European countries, including East Germany. Since then, BICS scholars has produced more than 300 studies and publications on the subject.

To this day, the main goal of the BICS continues to be the study of cooperative organizations, though the agenda of the BICS has accordingly globalized with the changing geo-political climate. Cooperative organizations differ from other organizational types in that they are member-based collective action organizations governed by democratic rule, the principle of user-benefit, and the principle of user-ownership. Members collectively own, control, and finance what cooperatives do. In return, members expect benefits and services for their work. 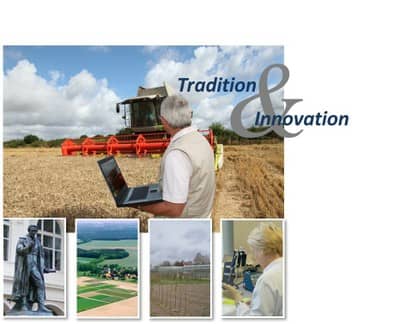 The management of collectives is frequently riddled by a number of problems — member heterogeneity and the constraints on members to effectively work together as a group are some examples. The Berlin Institute for Cooperative Studies is maintained by a number of academics that show a vivid, interdisciplinary research interest in studying collectives and finding solutions for a wide spectrum of such collaborative organizations’ problems. Farmer cooperatives, producer organizations, credit cooperatives, housing cooperatives, energy cooperatives, neighbourhood associations, workers cooperatives, and many other new and old types of collectives are involved. Academic members of the BICS are researchers and lecturers from around the world. They conduct research projects, lecture, and share expertise on various research topics. Given that cooperative organizations are a global phenomenon, the “cooperative sector” provides much of the empirical substance of the BICS’s research and lecturing.

The BICS focuses its special attention on the concerns and interests of cooperatives, their members and their associations. Due to the cooperation of university professors and scientists from different fields, the institute has an interdisciplinary scientific competence that covers the research areas of economic, social and agricultural sciences, as well as law. Through studies and publications, the BICS repeatedly provides impulses for German cooperative development. In research and teaching, the Institute cooperates closely with other institutes of the Arbeitsgemeinschaft genossenschaftswissenschaftlicher Institutes (AGI), with practitioners from cooperatives and their associations, and with numerous nationally and internationally recognized scientists.

The Institute acts as a central point of contact for cooperative research at the universities in the eastern German states. The Institute sees itself not only as a mediator in the transformation between West and East in Germany, but also as a contact address and bridge for the research and support of cooperatives in Central and Eastern Europe as well as in the Asian region.

Through its range of lectures and its involvement in diploma and master’s degree programs, the institute ensures that cooperative expertise and management-oriented fundamental knowledge are firmly anchored and conveyed at Humboldt-Universität zu Berlin.

You can find out more about which cookies we are using or switch them off in settings.

This website uses cookies so that we can provide you with the best user experience possible. Cookie information is stored in your browser and performs functions such as recognising you when you return to our website and helping our team to understand which sections of the website you find most interesting and useful.

Strictly Necessary Cookie should be enabled at all times so that we can save your preferences for cookie settings.

If you disable this cookie, we will not be able to save your preferences. This means that every time you visit this website you will need to enable or disable cookies again.